Day 2- Announcement to the Shepherds 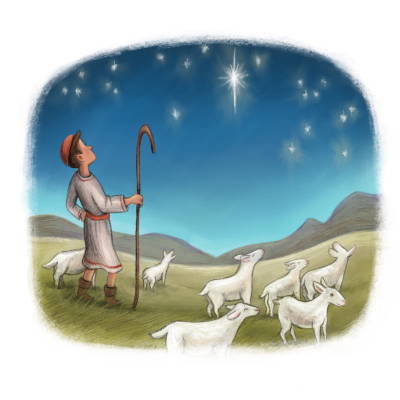 Videos: Shepherds Learn of the Birth of Christ,  A Light Unto All

Picture: The Announcement of Christ's Birth

Imagine you were in the group of shepherds. How would you respond to the angel’s message?

God chose to send heavenly messengers to simple shepherds. What can we learn about God from this story?

“The angel perceived the shepherds’ fear when he appeared to them, telling them to “fear not.” The astonishing glory of God, which radiated from the unexpected heavenly messenger, had indeed struck fear in their hearts. But the news the angel had come to share was nothing to be afraid of. He had come to announce a miracle, to bring the ultimate good news, to tell them that the redemption of mankind literally had commenced. No other messenger before or since has brought happier greetings.”